No Borders Activists Arrested and Tortured in Belgium

This is an urgent Pluto  Press action mail. It includes shocking details of police brutality towards one of our authors and others during the No Borders Camp in Brussels. We ask those who feel that the actions of the police are unacceptable to email the Belgian Ambassador in their territory. 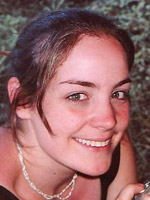 Shocking news reaches us via Red Pepper about police brutality towards our author and other activists during the No Borders Camp in Brussels. Last Friday, October 1 2010, during the No Border Camp, a convergence of struggles aiming to end the system of borders that divide us all, Marianne Maeckelbergh (US citizen and professor at the University of Leiden, Netherlands), a former Red Pepper worker, current contributor and a long-time global justice activist and the author of The Will of the Many: How the Alterglobalisation Movement Is Changing the Face of Democracy, was arrested for taking pictures while police were making arrests in Brussels, Belgium.

Having just entered Belgium some two hours earlier, she witnessed violent arrests on the street. When Marianne began taking pictures, she was arrested. She was taken into police custody where she was violently dragged by her hair, chained to a radiator, hit, kicked, spat upon, called a whore, and threatened with sexual assault by the police. She also witnessed the torture of another prisoner also chained to a radiator.

This did not take place not in a dark corner of the police station but out in the open, directly witnessed by police station authorities, who gave the impression that this was standard practice. Police removed her ID card, USB stick, the camera with the photos on it, as well as 25 euros in cash – to date they have refused to return her property.

Roughly 500 people were arrested, many preemptively, including people involved in the No Borders Camp and other protest activities including an alleged attack on a police station. Marianne has now been released, but as of Wednesday 6 October, 2010 at least four people are still incarcerated.

Your help is needed to secure the release of the remaining prisoners and to demand that the police are held accountable.

WHAT YOU CAN DO: