That’s not to say Marx was entirely correct. His “dictatorship of the proletariat” didn’t quite work out as planned. But the consequence of this widening inequality is just what Marx had predicted: class struggle is back. Workers of the world are growing angrier and demanding their fair share of the global economy. From the floor of the U.S. Congress to the streets of Athens to the assembly lines of southern China, political and economic events are being shaped by escalating tensions between capital and labor to a degree unseen since the communist revolutions of the 20th century. How this struggle plays out will influence the direction of global economic policy, the future of the welfare state, political stability in China, and who governs from Washington to Rome. What would Marx say today? “Some variation of: ‘I told you so,’” says Richard Wolff, a Marxist economist at the New School in New York. “The income gap is producing a level of tension that I have not seen in my lifetime.” 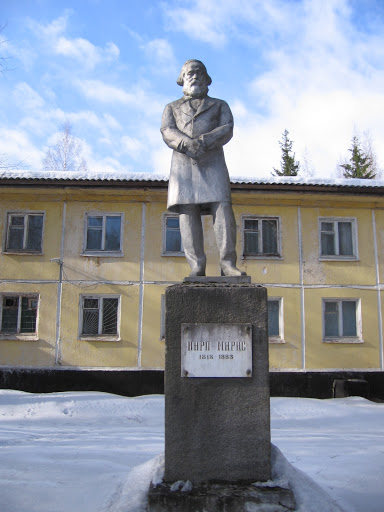 Deloitte, one of the largest financial consulting companies in the world, has predicted that more than 1.2 million people in Russia will become dollar millionaires by 2020. Russia currently ranks 16th on Deloitte’s World Wealth List, with 375,000 dollar millionaires currently living in the country, and will climb to 13th place in the next decade, Deloitte forecasted. Deloitte’s survey includes the 25 countries with the world’s strongest economies.

This year, the top-ten list of countries with the largest number of millionaires includes the United States, Japan, Germany, the UK, France, Italy, Canada, China, Spain and Taiwan. The list is not likely to change much by 2020, Deloitte predicted, except Spain and Taiwan are likely to be replaced by South Korea and Australia.

In Deloitte’s research, millionaires were split into three groups: those worth up to $5 million, $5 to $30 million and more than $30 million. Russia already ranks in seventh place on the list of countries with the largest number of the “richest millionaires,” whose assets are worth $30 millions or more, behind the United States, China, Germany, the UK, India and France. Moreover, Russia’s millionaires beat out their foreign competitors by the wealth that is concentrated in their households: an average rich family here has $2.1 million, putting Russia in fifth place behind Switzerland ($4.2 million), Singapore ($4 million), the United States ($3.7 million) and Hong Kong ($2.9 million). Additionally, following the hardship of the economic crisis, Russia ranks third in the world in its number of billionaires, behind the United States and China. Moscow has become the world capital of billionaires (79 billionaires) ahead of New York City (58 billionaires).

Meanwhile, a survey conducted by the Moscow Higher School of Economics (HSE) found that 60 percent of the population in Russia has the same real income it had 20 years ago when the Soviet Union collapsed, and some even became poorer. HSE’s research found that income inequality between the late 1980s and the late 2000s in Russia has grown eight times faster than in Hungary, and is five times greater than in the Czech Republic. At present, the Gini coefficient, a statistic that determines income and wealth inequality worldwide, is twice more in Russia than in Sweden, and equivalent to those in Iran, Turkmenistan, Laos, Mali and Nigeria.

— Svetlana Kononova, “A Country of Beggars and Choosers: The Number of Millionaires in Russia Will Grow in the Next Decade, While Income Inequality Will Remain on the Level of African Countries,” Russia Profile, May 16, 2011