The campaign to free Valentin Urusov has a Facebook page that you can access here. Our friends at The Commune have also put together leaflets that you can download here and here. Please send word of your protests and other actions to the Institute for Collective Action, at info@ikd.ru and to the London campaign group at free.urusov@googlemail.com.

This article appeared in The Miner, December 2009, page 5

The National Union of Mineworkers national officials are supporting an international campaign for the release of Valentin Urusov, a Russian miner framed up and imprisoned after recruiting workmates to a union.

Ian Lavery, NUM President, has written to Dmitry Medvedev, the Russian President, and urged him to intervene to get Urusov freed from jail. Urusov, an employee of Alrosa, a diamond mining company, is serving six years’ hard labour for an obviously fabricated offence (possession of drugs). Urusov was singled out for attention after an industrial dispute in July last year at Alrosa’s mine in Udachny, in Yakutiya, eastern Siberia. 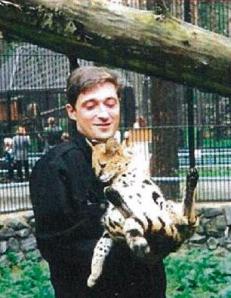 Mineworkers staged a protest hunger strike over poor working conditions and set up a new union organisation. Urusov acted as their spokesman. In response, the mine management set up a bi-partisan negotiating committee.

The committee started work, but on 3 September 2008, two days before it was due to report, Urusov was arrested. He was detained at home, illegally and forcibly taken 60 kilometres away, and threatened with a firearm.

Officers searched his home when he was in detention, and “found” drugs there. On 26 December 2008, Urusov was convicted and sentenced by the Mirinsky district court in Yakutiya.

When Urusov was first jailed, protests were sent to Yakutiya by trade unionists from all over the world. On 12 May 2009, the Supreme Court of the Republic of Yakutia overturned the conviction on procedural grounds and released Urusov on bail – a rare victory.

The illegal and flawed nature of the prosecution case was widely publicised. Criminal proceedings were begun against the officer who headed the investigation.

Despite all this, on 26 June this year, the case was returned to the Mirinsky court (that’s the standard procedure in Russia) – and it confirmed the original conviction and six-year sentence.

Russian trade union activists face many types of victimisation, including workplace harassment, sackings and beatings by company thugs. But this is the first time in recent years that trade union activity has been “punished” with a lengthy jail sentence.

A coalition of Russian trade union organisations and human rights campaigners are campaigning for Urusov’s release. They have called on trade unionists internationally to protest to the government.

NUM President Ian Lavery, Vice President Keith Stanley and Secretary Chris Kitchen met recently with representatives of a campaign group set up in the UK to support Urusov. The group brings together trade union activists, the Haldane Society of Socialist Lawyers and others.

Ian Lavery said: “We have a long record of solidarity with miners in Russia and Ukraine. And we will never forget the support they have given us.

“We will not stand by when any mineworker, anywhere in the world, is imprisoned for trying to organise his workmates into a union. We hope that the whole UK labour movement will join us in asking the Russian president to review this case.”

What you can do:
* Write to the Russian President, Dmitry Medvedev, demanding Urusov’s release (model letter below);
* Urge your MP to write to President Medvedev;
* Ask your trade union, trades council, campaign group, etc, to support the campaign;
* Tell Chris Kitchen, NUM Secretary, and the campaign group at free.urusov@googlemail.com, about your protests.
–

Dear Dmitry Anatolyevich,
I write on behalf of […] to urge you to intervene in the case of Valentin Urusov, the trade union activist, and to secure his immediate release from imprisonment.

Mr Urusov, a mineworker employed by Alrosa diamond mining company, was convicted for possession of drugs, and sentenced, on 26 December 2008 by the Mirinsky district court in Yakutia. On 12 May 2009, the Supreme Court of the Republic of Yakutia overturned the conviction, and Mr Urusov was released on bail. The illegal and flawed nature of the prosecution case was widely publicised. Nevertheless, on 26 June 2009, the Mirinsky court confirmed the original conviction and sentence of six years’ hard labour.

We have no doubt that the case against Mr Urusov is fabricated and could not be sustained in any just court hearing. We believe that Mr Urusov – who was active in recruiting his fellow mineworkers to a trade union organisation and sought to represent their interests – is the victim of a witch-hunt against trade unionists.

Mr Urusov’s imprisonment is a denial of his human rights, a stain on the record of the Russian legal system, and a dangerous precedent.
Yours sincerely, […]

Note. You can post the letter to the address given. If you want to email the Russian president, you have to fill in a form on this internet page: http://eng.kremlin.ru/articles/send_letter_Eng1a.shtml.