March 8 marked the hundredth anniversary of International Women’s Day celebrations in Russia. This is the third in a series of posts focusing on the work and plight of several different women involved in political and social activism in Russia today.

Below, artist Victoria Lomasko reflects in words and pictures on the lives of women in small Russian towns and cities like the one where she grew up, a hundred kilometers south of Moscow.

Lomasko’s series Feminine is featured in a special Eighth of March/feminist issue of Volya (Liberty), the newspaper edited by our friend and comrade Vlad Tupikin. Yesterday, during an authorized opposition rally to mark International Women’s Day, Tupikin was detained by Moscow police for the “criminal” act of attempting to distribute this newspaper.

A special thanks to Victoria Lomasko for permission to reproduce her work here. 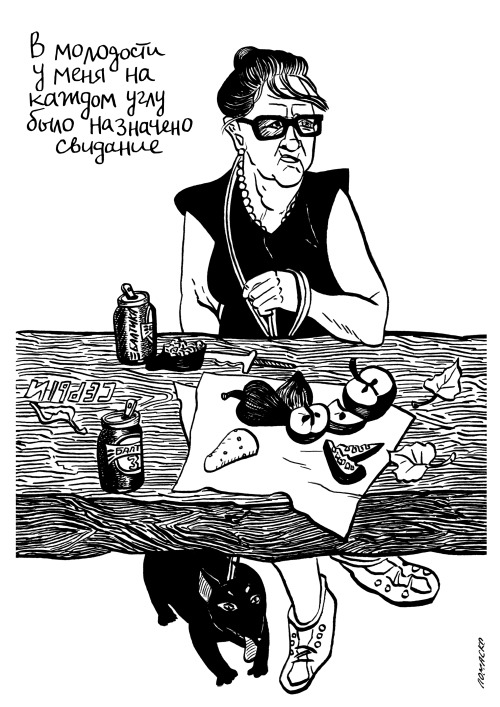 “When I was young, I had a date lined up on every corner.”

In the series Feminine, all the characters are drawn from life, and their remarks are recorded verbatim. However, I tried to move away from reportage and towards symbolism—to generalize specific situations in images expressing my feelings.

The portraits here are less images of specific people and more archetypes: the faded, lonely woman, the “sluttish” boozer, the rigid old Soviet woman, and so on.

“There are no factories in this town and no blokes.”

“He just couldn’t put on slippers and become a domesticated bloke.”

Each drawing adds its own tint (of sadness, irony, and anger) to the overall picture—the life of women in the Russian provinces. 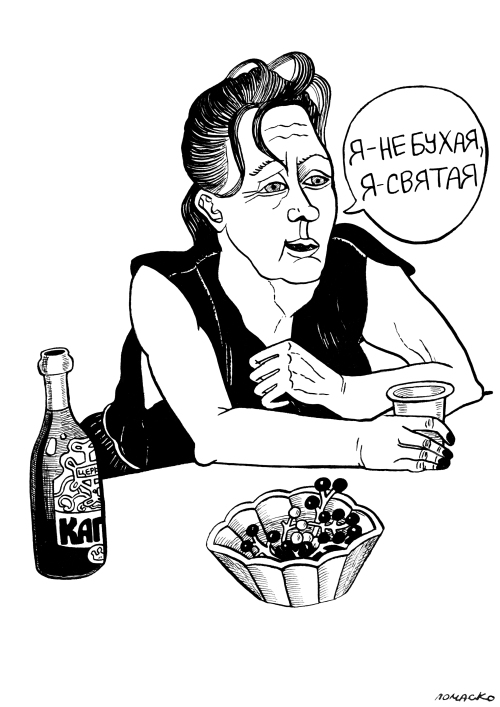 I had one other belief—in my calling as an artist. Only my dad, a self-taught artist, supported my plan to study in Moscow and then work as an artist. Some of my girlfriends’ moms tried to force their daughters to spend less time with me, believing such nonsense as I was spouting communicable and a hindrance to finding a husband. They were right: I’m still not married and have no children. 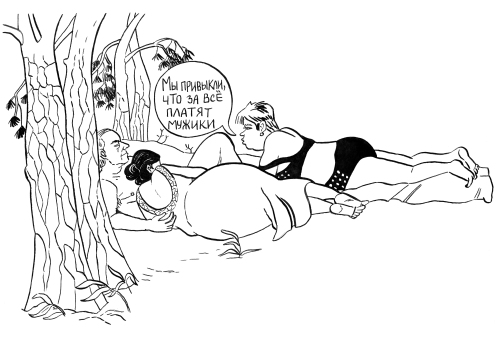 “We’re used to having blokes pay for everything.”

I have lived in Moscow for over ten years. When I travel to the provinces, the pictures I see and the conversations I hear are familiar to me. Even divorced girlfriends sympathize with my “plight.”

I became an artist, but I do not feel like a winner. In this country, their life strategies and mine turn into a loss. I look at the “heroines” in Feminine and find a part of myself in all of them.

“Where can I get hold of a machine gun to kill Putin?”