The International Day against Homophobia rally held in Petrovsky Park on the Petrograd Side of the city was stopped less than half an hour after its start time Thursday due to the large presence of anti-gay opponents who shouted homophobic slogans, fired gas and pellet guns and threw objects. Participants in the rally, which had been officially authorized by the Petrogradsky district administration, left the park by bus. The counter-demonstrators, who threw stones, eggs and smoke bombs, then attacked two buses carrying migrant workers, whom they mistook for the departing LGBT activists, smashed the windows in them and attacked some of the passengers traveling in one of them. The police watched from a distance and did not intervene. The demo was supposed to be the first authorized LGBT rights event since the St. Petersburg law banning “the promotion of sodomy … to minors” came into force in March. 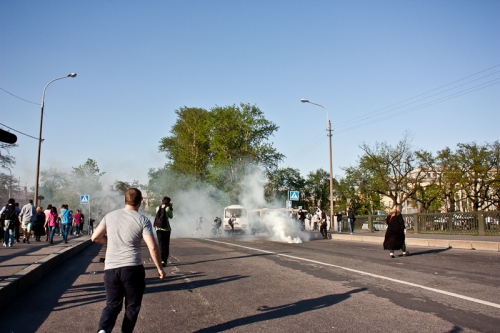 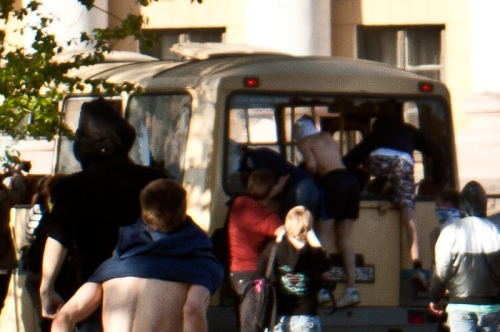 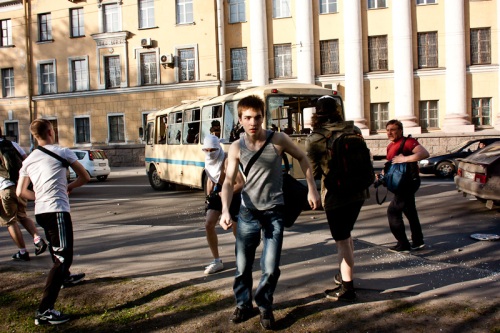 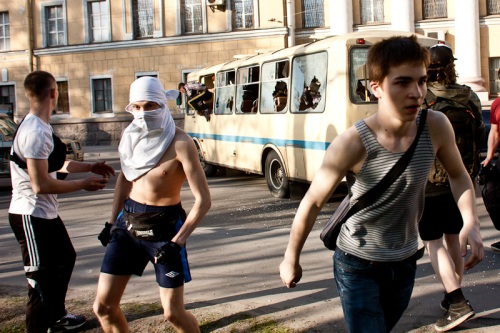 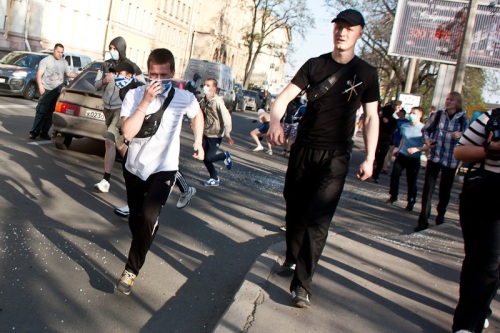 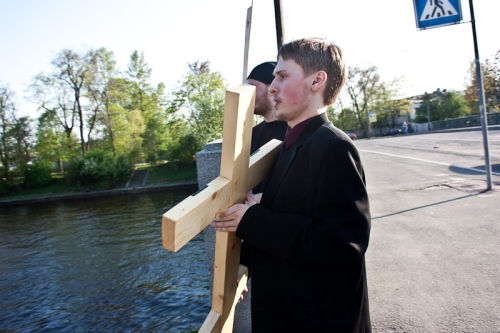 Internet channel Piter.TV aired an even more horrifying and damning report on yesterday’s pogrom. We would have liked (so to speak) to repost it here, but that proved impossible, so watch it here if you dare.