Hello Sarah Palin we wrote this song for you because we see you from Russia! Plz respond to our emails!! We like to hear from you!!
END_OF_DOCUMENT_TOKEN_TO_BE_REPLACED 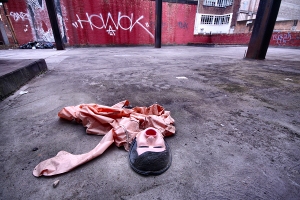 More news from the invisible front in the war of all against all. This week’s topics include: Eric Hobsbawm, Paul Virilio, Steven Shaviro, and Rick Kuhn on the world financial crisis; the effects of the crisis in Russia and the government’s attempts to pretend that Russia is an “island of stability”; Sarah Palin as “absolute terror” and the idiotic oligarchy leading the US to certain ruin; the Republican Party’s efforts to rig the vote in the US; white supremacists in the US try to go respectable; the “racist” vote for Obama; ten reasons why leftists should vote for Obama; the massive turn of young Japanese to the Communist Party; and an appreciation of filmmaker Peter Watkins. END_OF_DOCUMENT_TOKEN_TO_BE_REPLACED